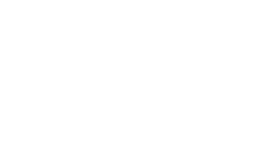 Where I Wrote: The worst diner in my neighborhood.

How I Feel About What I Wrote: Not bad. There was a bit of pressure today; I had a lot I had to take care of (thus my taking a personal challenge I’d never even considered for NaNoWriMo), so I was a little rushed, but that didn’t translate into tearing through 1667 words in the short time I had. Instead, I made sure that what I got down worked and I stopped the moment I hit a set piece I’d missed with my brainstorming. At that point, I was anxious to get to other responsibilities I had today anyway.

The Mood I Brought to the Table: Almost the instant yesterday’s session was over, I knew where to take today’s session. It was one of the rare cases when only a moment of brainstorming yielded the next plot point. I sat down super ready to go.

The Experience: I have a serious fear of making people uncomfortable.

It’s tied directly to how uneasy it makes me to ask for favors. The reason’s pretty personal, but I grew up with a special hate for feeling like a burden.

So there are certain things that I hate doing to people in public. For one, there’s taking pictures that people happen to be in; I’ve briefly mentioned not taking pictures of writing spots because there were too many people there. At the Pine Tree Cafe in the Botanical Gardens, I tried to take a few pictures from my seat, but in the very first one, I caught a guy just as he was slurping up some soup, eyes directly on me with a look that dripped, “Seriously?” I must’ve chanted, “Nope nope nope,” for a good ten seconds as I deleted it, put my tablet down, and honestly tried to convince myself that I hadn’t been taking pictures–really.

So, what does this have to do with today? Well, I woke up at a good hour, but, more than any other day of NaNoWriMo, today was just… jam-packed with time-devouring responsibilities. First, there was NaNoWriMo, usually a block of about six hours on my daily schedule. Then, there was a need to put in more hours at work, a task requiring, in my mind, literally all the time that I could possibly devote to it (I’m working as I write this). But, on top of all of that, there was also the modifier of a planned gaming session that I really wish I’d known would fall through (although I got back the hours I thought I’d lose to that, so I can’t really complain, I suppose).

So, knowing all of this–waking up needing a solution–I tried to think of where I could write that would save me at least three hours. That meant Manhattan was out, which didn’t help because other spots I considered in the Bronx were far enough away that picking them still wouldn’t free up enough time.

The solution finally came when I thought of a spot I actually wanted to go to that also wasn’t far away; a diner that recently opened here in the Bronx. It was enticing, but then I thought, maybe that would be really awkward and unproductive? I mean, the wait staff would see me writing and want me out of their section. I’d feel like such a burden. Gah. Could I do that? Could I even write in a diner?

The Diner Challenge is what I named it. The noise, the wait staff that’s either so pleasant that they don’t stop talking or so stand-off-ish that you can tell they’re trying to psychically will you to leave. There was also the matter of possible televisions, the guaranteed jabber of radios, the need to order and the distracting food directly in your face. By the time I left my apartment, I was oddly excited, even though I chose the worst diner in my neighborhood (to save more time and because it felt more appropriate for the challenge somehow).

When I got there, the awkwardness, though slow to arrive, was very constant once it did. It was not the television or the radio. Not the wait staff’s outdoor-voice rapport with the kitchen staff. Somehow, loud talking and noise are old distractions, easily defeated now unless they’re truly obnoxious.

No, the awkwardness arrived when I realized that they thought I was a food critic–or possibly a health inspector. I don’t know if it’s because I was alone or because of the tablet. There’s a good chance it was just because of the clear, accent-less enunciation that confuses everyone (“Are you Paki, my friend?” I’ve gotten. Also, “You from the Islands, man?” No. No, I probably don’t even know what islands you’re talking about).

Regardless, they were way, way more attentive than they ever have been at that diner. This I did not expect, making it way more awkward than I’d expected.

But I still persevered–still ordered my food and eventually got over the reflex to just keep watching them watch me watch my tablet screen. Eventually, I shifted my coffee to the side and started working.

And then jumped when my waitress told me, literally, “Okay! Time to stop working!” as she brought my food over. And then asked, “Is that work? Are you working?”

“No,” I said. And then, with what I’m sure wasn’t a convincingly innocent fear in my eyes, I added, “I’m just writing.” The moment I said it, I realized it wouldn’t help matters at all.

Still, I went back to my story. Slowly worked through my need to just eat the french fries right in front of me (they were so good), and got back to working on my story. I did, in fact, change the description of yesterday’s set piece and then went on to write a few pages that felt extremely natural. So natural that they changed the course of the plot very slightly and led to the next set piece a little earlier than intend–

The owner went on to explain that they had wi-fi, me sitting there, nodding and cringing inside. I wanted to say, “I promise I’m not here to rate your amenities.” Instead I wound up confessing, “No, I’m just writing a novel,” with enough manufactured calm that it only made me sound like slightly less of a douche bag.

But, at that point, the danger was gone. The owner added a convincing, “You can stay as long as you like, buddy,” but my waitress never again asked if I needed anything. It allowed me to finish up–to get to a point when I was sure it was better to stop for quality and responsibility’s sakes (some time after my waitress idly wiped down a part of my table while I was still sitting there).

The verdict: diners, at least for me, will probably always be too awkward to write in. Maybe I’ll try again after NaNoWriMo–I’ve definitely been determined to challenge my defeats when it comes to writing lately. But I’m… pretty sure diners will remain as spots that are only good for hammering out quick emails.

Unless there’s some kind of… writer… friendly diner?

Excuse me. I must google a thing.