Okay, look–I know the answer to that question. You haven’t seen Thor because you know there are two kinds of Marvel superhero movies: 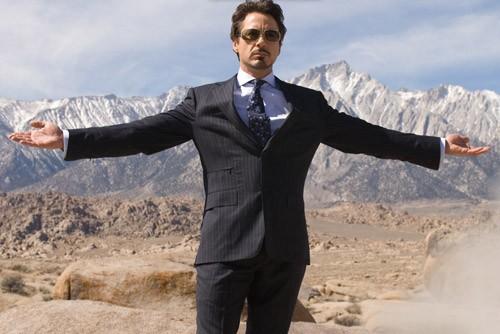 1) The Iron Man Type – Funny, fun, and with a good smattering of action, these movies are clearly done by people who wanted to make an awesome movie about their favorite superhero for all of his/her fans. The second (and first, despite some… aesthetic issues) Spider-Man movie, Iron Man, Iron Man 2, and (although maybe it didn’t hold up?) the first Blade are this type of Marvel movie. I suppose you could argue that the second X-Men movie also fits the bill, but I’d ignore you.

2) The Daredevil Type – For the love of God, why are there so many of these? I don’t even need to explain because you know exactly what I’m talking about: Daredevil, Elektra, Ghost Rider, X-Men, probably X-Men II, X-Men III: Last Stand, X-Men Origins: Wolverine, Fantastic Four, Fantastic Four II: This Should’ve Just Been About the Silver Surfer (or whatever it was called), Punisher: War Zone, Hulk or The Incredible Hulk (failure, finally working to your preference), the rest of the Blade trilogy. Spider-Man 3. All terrible, terrible mistakes. Attempts at more money with plots written to include the most salable characters because the molds for their action figures were already finished.

With such a complete imbalance between the good times and the bad we’ve gotten from Marvel Studios, why would you, why would any of us, actually decide to give a movie about Marvel’s take on the Norse god of thunder the time of day?

If you’re anything like me, you’d say it was your duty; maybe not professionally, but to comics in general, which is admirable even though it’s the same reason why I went to see Jonah Hex. <shudder> In the end, that desire (maybe I should just call it “the Hex”) to support comics led me to the Ziegfeld two Saturdays ago where I was was completely surprised.

I told my friends that I felt Thor was the movie that would either make or break The Avengers. They were surprised by the idea, but I explained quickly that it wasn’t a matter of Thor needing to look powerful enough or be cool enough; Thor needed to be believable enough or every time he walked on the screen the audience would want to laugh. As viewers, and even as comic readers, we can jump on-board for a hero’s or villain’s origin and totally believe it because of science. Even if it’s completely ridiculous and we know it, we still barely need to be pushed to believe that, say, Tony Stark would survive not only with but because of a huge, super battery lodged into his chest. Or that a bite from a genetically altered spider would grant a school kid from Queens spider powers. A writer slips in a word like “genetics” or “tachyon” and we shrug, think, “Sure! Whaaatever!” and keep reading. But somehow–probably because of religious beliefs–the line often gets very seriously drawn at mystics and god characters. In an Iron Man comic, someone says, “Let’s call Dr. Strange, master of the mystic arts!” and 8 out of 10 readers smack their foreheads in dismay. That is, honestly, exactly what I thought I would do the very first time Thor said “thee”.

But that’s just it–Thor never says “thee”. Or “thou”. Not even (and thank God) a “verily”. Marvel was very, very careful to not make Thor sound like a complete idiot. In fact, they somehow turned it around so that he wasn’t even a bumbling moron when he gets to earth; he’s more an intelligent tourist who makes tourist mistakes that are extremely funny. Tourist mistakes that are also completely understandable after a full hour or so spent watching Thor in Asgard.

But what makes all of it even more believable is the marriage of science and magic, proposed in the trailer and fully executed when we see Asgard. The whole look of the place is (aside from honestly being one of the best executions of a fantasy concept on film) a weird hybrid of sorcery and science. Perhaps that’s being a bit generous though because no one ever jumps on screen and shouts, “And now, MAGIC!” Instead, we see a bit of technology meshed with scenery that very cleverly fails to lean too far in one direction; sure, magical things happen, but they’re often the cause of a huge machine. Or magic that is completely not dressed up with the typical tropes (wizard staff; some grand, completely terrible, rhyming incantation). Even everyone’s armor looks surpringly… modern. Possibly even technological. All in all, the result is a very different fantasy experience that manages to be oddly genuine.

Okay. Hands down… Seriously, hands down… I don’t think you can find a better performance for a Marvel villain than Tom Hiddleston’s Loki. I really don’t. And do you know why? Because everyone I’ve spoken to who saw it said, “I’m not sure Loki was devious enough,” to which I replied, “Exactly.”

Seriously, I’m sorry, but casting for female roles in comic movies has only met with failure before. Kirsten Dunst is not a super model / actress–not the way comic book Mary Jane Watson was anyway. Gwyneth Paltrow did a great job as Pepper Potts, but outside of having red hair, she didn’t do comic book Petter Potts justice in terms of looks. And seriously, let’s not even get started on Katie Holmes.

The casting director for Thor seemed to realize this and completely turn the problem around. By casting Natalie Portman as Jane Foster. And Jaimie Alexander as Siff! And… Oh my God…

Bah! I’m sorry! I kind of… lost track there. What was I saying?… Oh yeah. The women casted for Thor are extremely attractive. And on the flip side, ladies, seriously, you owe it to yourselves to see Chris Hemsworth’s performance as Topless Thor. Perhaps you’ve said to yourself before, “I just don’t think superheroes are hot,” and that’s fine if you did. But Chris Hemsworth will change your minds so hard that after the end credits, you’ll be IMDBing the release date for The Avengers. On your smart phones. In your seat. In the theater.

All jokes aside, Thor is a surprisingly fun, entertaining comic book movie. I’m not sure if it’s going to be the best one this year because, really, it has it’s flaws. Artist Blair Kamage admitted to having a problem with the pacing of Thor’s romance with Jane Foster; “It just happened too fast! It was just lust!” Writer Daniel Ho wanted Thor to dish out more old English. I, honestly, was bothered by the fact that Thor never shouted “For Asgard!” and my brother (and about 80% of the internet) was annoyed that Thor didn’t wear his helmet for more than 5 minutes. Still, Thor will entertain you way more than you’re expecting it to, and, even if Captain America bombs, you’ll still be excited for The Avengers in 2012. At least, I know I totally am!