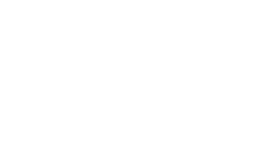 Where I Wrote: Home. I should’ve mentioned this earlier, but I never intended to go out on Thanksgiving. I mean… it’s Thanksgiving.

How I Feel About What I Wrote: Exhausted. Not horrible, but absolutely tired out.

The Mood I Brought to the Table: Fine. Definitely a bit distracted though. It’s just that kind of day.

The Experience: There’s not much to write when it comes to NaNoWriMo today. I enjoyed a last minute respite before the final three days of 30 Days (what I’ve come to assign a Clocktown, glaring and snarling Moon kind of vibe to).

But writing itself was a bit… messy. I’m writing a discussion of the protagonist’s plans for the endgame and its been clumsy–the pressure to get enough out today definitely led me to write out one version of the plan I wasn’t sure about and then back track, and (after the last 26 days of experience) immediately reevaluate it from a safe distance. Was this the plan I wanted to write? No. Is this way better than the original version as you envisioned it? No. Is there a way to write that original vision? Yes. Then write the original vision.

But figuring out the details of that vision came a little rough; I wound up finishing the scene first before going back and taking my second stab at it. The problem became that, halfway through, I wasn’t sure the second version was cutting it either. This AND the end of the scene wound up having another huge, tonal decision that I rushed… and then decided not to rush; I wanted to write more but forced myself to stop before that decision became remotely difficult to reverse. So, in the end, I have the first half of the second version of the original planning scene, the second half of the first version, and a concluding line with serious consequences that might change. More… than a little messy.

But I kind of feel like it was worth it. Today, I stood home because I wanted to spend time with my mom. Not because I never do.

But because we’ve both had really shitty deals when its come to life. I’m still reluctant to go into details about myself (and I absolutely won’t go into details about her life here), but I can say that she’s had the misfortune of having a son who’s a writer. A writer who wants to help her get out of debt, so, really, the worst possible result for her because I could not have chosen a worse profession. A profession that has yet to pay off at all. I made a promise to her a few years ago that I would help with her debt–a promise that I made to myself ages ago, when I was just a kid, because she told me she knew I’d be successful some day. I have yet to make good on that promise.

And that’s part of the reason I jumped into NaNoWriMo. It’s not a static attempt to pay off someone’s debt–I promise that this was never an attempt to knock out a really horrible manuscript to pawn off for quick cash (because, of course, that would be the dumbest and worst scam of all time as writing an entire novel is neither quick nor lucrative).

But this is a kind of desperate attempt to figure out how to write more often, more efficiently, and (for fuck’s sake) more frequently. In essence, I jumped on NaNoWriMo because I want to figure out how do something I love so well that I can finally make good on the promise I made to her.

And, on a day like today, that’s what I want to focus on. The tablet I’ve been using for the past 26 days? My mother got it for me last year. This tablet that cost so much that I was genuinely upset when she gave it to me. And on the wrapping, a simple, short message: she got it for me because she knew I would get published one day.

Today, I’d like to just be thankful that I have her, of all people, for a mother.

It’s easy to feel like we’ve grown into a culture of ungrateful bastards. We complain about the speeds that our handheld, mobile computers access the entirety of the internet. We bicker, heatedly, about which video game systems are better–video game systems which are designed, ironically, to be sources of fun have almost become grounds for physical violence. It is, to understate it, absolutely ridiculous.

So, one day–today–seriously, just acknowledge something, or someone, who is amazing and always has been.

Mom, thank you. Thank you always. And I love you dearly.