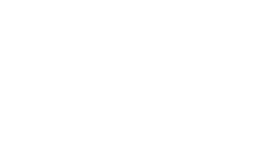 Where I Wrote: Bronx Park, just a short walk from one of the entrances to the Bronx Zoo.

How I Feel About What I Wrote: Really good. I was actually confused by how much I got out and how quickly it happened (from just before sunset to just after). It’s enough to balance the fact that I was a bit below quota.

The Mood I Brought to the Table: Eager.

The Experience: It was around 4PM when the electrician got here.

I’ll explain, but, before I do, I wanted to throw that time out there to show how late of a start I got; it’s Fall here in New York, which means sunset is around 5PM. Not actually late, but about… 5 or 6 hours after I usually like to head out.

But it was necessary; I’ve tweeted about the spooky wiring in my room, the light turning on and off on its own. That was only pretend-enjoyable until November 1st; at exactly 12AM, it wasn’t festive anymore.

A little annoying to have to wait that long after my Anxious Hearts moment yesterday; I wanted to get out and find anywhere new.

But it just wasn’t in the cards; not if I wanted to get any writing done, get back home to post this, and get a good amount of work done.

So I settled for Bronx Park, a place I’m familiar with. And a place that’s pretty horrible for writing. In direct contrast to the miracle that was Pier 15, Bronx Park only has rough, public benches–not the worst offense…

… unless you’re a writer who gets there, looks around, and immediately goes wide-eyed as they wonder, possibly aloud, “Where the hell are the picnic tables?” I wound up sitting on a set of rough rock steps just off the main path. That lasted until nightfall, at which point my back started protesting. From there, it was on to a small set of bleachers. I had to sit on them backwards, using one of the lower foot rests as a seat, the actual bench above it serving as a makeshift table.

Improvisational. Utilitarian. A no frills arrangement engaged just to get some work done before going home and getting more work done.

And man did the pages fly there. I left around 4PM and, when I hit a point where I felt I had to stop (Chapter 2 ends in a plot choice I refused to make willy nilly), I was certain the time on my tablet was wrong. 5 and change? Seriously? I’d only been writing for about an hour?… What?

I don’t know how that works. Maybe it’s because there were no distractions–only people playing sports I don’t care about and, when night fell, only a small handful idling around.

Or maybe it was watching the electrician when he got to my apartment, taking about twenty minutes to fix three problems that I assumed would take hours.

Either way, I’ll take days like today. Straight forward. Fast and devoid of glamour.  Maintenance, done in hours less than I expected.