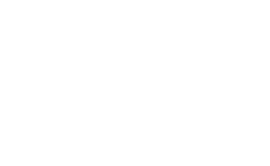 Where I Tried to Write: First I stopped by the NaNoWriMo write-in at Paragraph. Then it was on to a handful of places around Union Square before I gave up and went home.

How I Feel About What I Wrote: I feel like I wrote exactly 20 words today.

The Mood I Brought to the Table: A lot worse than I thought. Or maybe I started off alright but getting repeatedly stymied made my mood worse. 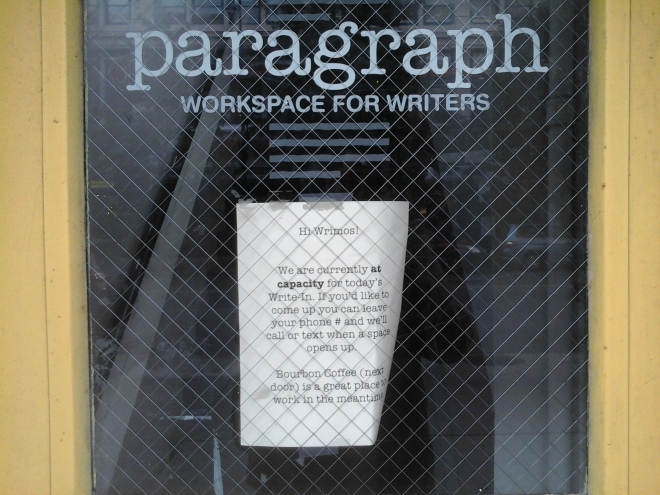 I smiled when I saw this. Not sarcastically–I have a running joke with a close friend that can be summed up with a single line: “This is a disaster.” When I got to the NaNoWriMo write-in, my big, terrifyingly social move for the day, I found this note and immediately heard her say, “This is a disaster!” in my mind. Not our usual caliber of disaster (the surprise parade was my favorite), but still enjoyable.

As the note suggested, I went upstairs to add my name to a waiting list. I want to go into details about Paragraph, but I took up the offer to come back for a trial day, so I’ll reserve comment for when I’ve actually utilized the space. For today, it was just a walk up three sets of stairs and a short wait to put my name on that waiting list. The space did look comfortable and cozy and I wish I’d arrived earlier to nab a seat (in my defense, I genuinely did not imagine that the space would be filled [I imagined an auditorium but got a room roughly the size of my own living room]). I suppose that if you’re planning to attend any NaNoWriMo write-ins, expect a crowd and aim to be at it’s head.

From there, I took a moment to stand on 14th Street and genuinely wonder, “What do I even… do now?” There were a few, very vague possibilities in the area, but none were tested–I’d really banked on a simple, heart attack-inducingly social day and a triumphant ride back home.

Instead, I tried Forbidden Planet first, not sure if their new location had a gaming area with a free seat. No dice.

I moved on to the Strand, which, in all the years since I’ve been there, seemed to only grow more crowded.

Union Square was next, even though it seemed like the worst idea possible right from the get go as, once again, it was cold outside. Oddly, this is where I got my 20 words out and intended to do more.

But then a lady started walking by my spot, chittering and throwing nuts everywhere. I don’t mean that she was insane, over-hand tossing peanuts at people (I clarify because New York). She was, however, feeding the squirrels in the park. Cute for exactly 10 seconds, at which point squirrels started running around everywhere, under my feet, onto the back of my bench, stopping, squirrel-glaring at me as if I was supposed to have nuts too.

And that’s when I was done. Because seriously. I like all manners of cute, furry things, but I’ve seen enough squirrel-on-human violence happen at the Bronx Zoo, when tourists, more amazed of the mythical black squirrel than the elephants directly behind them, proceeded to hand-feed said squirrels and then always–always–get bitten. No thanks. I actually watched Madame Squirrel jump and laugh as one snapped at her foot for another nut. No. No, I’m good.

From there, I made my last stop the Barnes & Noble on 17th. The idea was to just give up and repeat a location–something I really didn’t want to do–but I was already at a loss for other options. Of course, it was a weekend in Manhattan though, so Barnes & Noble was a mess, its cafe crowded, its floors lined with people who weren’t supposed to be sitting but were anyway.

And I just gave up. I gave up and I kind of hate myself for it. There was one more option that I had planned for another day, but it was already 5 by that point and I was sure said location would be swamped. So, weighing my options between something else falling through or just throwing in the towel, I actually, finally threw in the towel today. Not, I specify, on NaNoWriMo overall–there’s no way I’m quitting on finishing a new novel.

But, staying taut with my weird, personal NaNoWriMo Challenge (with the finding spots and writing outside), I gave up on writing for the rest of the day. Because the easiest thing in the world would’ve been coming home and just writing here instead (as I am right now).

But that isn’t what I need. I’ve already finished books at home. It has definitely taken longer before NaNoWriMo, but only challenging myself to finish another one faster wouldn’t have helped me as much as going outside–meeting people. Chatting. Networking. I know I’ve made it a joke before that sedentary life can change a man.

But it isn’t a joke. I need outside because I’m terrified of not needing outside anymore.

So it rankles a bit to only get 20 words down for the day–it was pretty depressing to update my “progress”–but I’m going to do this challenge my way.

I don’t want to go back to being the Louis who’s afraid of making mistakes and sometimes losing.