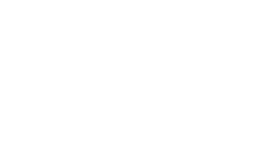 Where I Wrote: Sony Plaza on Madison, between 55th and 56th.

How I Feel About What I Wrote: It was a bit tough and I realized after a while that I was in danger of being completely generic, something I avoided very well with my characters’ first encounter. I realized that before actually getting generic, thankfully, which resulted in an early stop and very determined brainstorming on the train (I didn’t even read Clariel, so you know I meant business). The result: I now know exactly how to handle the rest of my mid-book addition.

The Mood I Brought to the Table: Reinforced calm.

The Experience: I did not wake up late today. I woke up pretty early.

And then relaxed. For hours.

Relaxed without really knowing where I was headed. I have said time and again that I’m not out of places to go in the city, but late November weekends are a bit of a mess for 30 Days. Going somewhere like the Museum of Natural History–really going to any popular attraction–is out. Any of the outdoor spots I had planned are now out because of the cold (although I might take a chance on one more this Monday [or maybe Tuesday] when it’s supposed to be warmer). Unless they’re the worst of the worst, restaurants, bars, and coffee shops are likely full on the weekends as well.

I knew all this and still just played Rebirth for a while. A long while. The sun was seriously on its way down when I finally stopped, got ready, and looked for a list of public spaces. I found one easily, took a few screen grabs from Google Maps, and headed out without really deciding on which one to go to. Without knowing if they would be closed by the time I got there.

And the entire way, I pushed down a weird and constant discomfort. I wasn’t sure the places I picked would work out. I’m always headed back home when the sun’s setting. I’m always inside again by the time it’s dark. In particular, I’m always out of the city on a Saturday night, aware that, although they’re not violent, drunk and/or rowdy assholes will be all over public transportation. For the past 21 days, I’ve been home preparing posts by 6 at the latest.

I wanted to challenge all of that. Especially because it put me in a shitty mood. There are daily modifiers to which I’ve been extremely susceptible: late starts, not enough brainstorming, the need to be home at a certain time for work even though I make my own hours. I wanted to defy those boundaries.

The result, however, was that I was in an oddly bad state-of-mind. It shouldn’t be surprising–I was forcing myself to do a bunch of things I hated. I was asking for a bad experience. Standing on the train, I found myself thinking of people I hate and haven’t seen for years, strangely imagining that they would be at whatever place I chose. I know–completely unrealistic and bizarre. But I’m writing it here because it’s true–a strangely self-damaging survival tactic, I guess.

I did not go back home though. I got off my train, headed in the vague direction of the spot I chose moments before getting to my stop, found that there wasn’t an obvious entrance for it, and then changed course the instant I spotted Sony Plaza across the street, with its sign promoting it as a public lounge–exactly what I needed.

It was indoors. It was quiet. It was pretty. It was a little dim. Most importantly, despite it being Saturday evening, there was no trouble finding a seat and no one got loud or blasted music. The presence of security may have had something to do with that last bit. With public restrooms and a Starbucks adjacent to the Plaza, I was glad I accidentally chose it. It is instantly a place I will come back to–especially on a weekday morning when I assume I’d be almost completely alone.

I sat down and rode my satisfaction with the locale into my writing–threw it repeatedly in the face of doubts. I worked remembering yesterday’s mantras, pushing nearly-typical elements far enough away that I could stare at them–consider them like individual pieces of my story’s puzzle. There was a lot of writing, deleting, and readjusting tonight, but I finally felt good by the time I ended early. As I packed up, I was confident about the work I’d done and about stopping when I had–trusting that I knew when not to force myself to produce more content. A second fight scene was about to start and I wasn’t going to manufacture any part of it without properly loving it first, something that sounds really bizarre, but it’s the best way to put it. I had, I realized now, spent the entire day reinforcing my calm. But that was a good first step towards actually believing it. Especially because I want to believe in that calm instead of manufacturing it.

On the train ride home, I obsessed (in the best way) over the rest of my mid-novel addition. I have but one detail to research after publishing this post. Once I have it, the addition is fully plotted. It will take a day to write it all, another day (at most) to edit and adjust the rest of my work, and then I’m caught up again–at the endgame that I’ve been slowly refining this whole time. It was a really good commute back. I felt centered again. Glad to have my story to focus on. Glad, grudgingly, that I’d pushed myself.

Because, from the beginning, NaNoWriMo wasn’t just about writing another novel for me–it was about getting back in touch with outside. There’s only so much I can do; the overwhelming majority of my closest friends still moved away a few years ago, so there’s still a strange distance to these outings–I’m still a lone wolf out there.

But it’s nice to contest my reflex to confine myself.